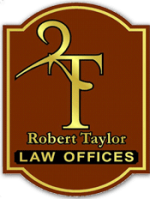 In Yoruba mythology the city of Ile-Ife situated in the southwest of Nigeria is regarded as “the navel of the world,” the place where creation took place and the tradition of kingship began. Of all the centers of African art, there is none as remarkable for extraordinary accomplishments in many fields of art as the ancient town of Ife, the ritual center of the great Yoruba People of western Nigeria. Ife gave its name to this art. Ife art includes terra-cotta and bronze heads and busts, stone sculpture, stools and religious pieces carved in quartz, monumental granite monoliths, and statues of humans and animals. Both the terra-cotta and bronze pieces belong to a series that has been interpreted by some specialists as idealized portraits, and occasionally a bust or a head has been identified as that of an oni or a dignitary. They date from 12th to the 15th. Ife style is reminiscent of that of Benin, which flourished in the 16th century. The bronze heads were cast by the melted wax method; their dimensions are near life-size and on some the whole facial area is covered with close parallel lines which, it is thought, may represent body marks of a particular kind.  On top of the head there are irregularly placed holes. It is assumed that these were for the purpose of adorning the head with some ornaments and marking the hair line. Despite the disappearance of the people responsible for the ancient Ife art, people living on its territory continued to produce artwork inspired by the original masterpieces discovered during archeological excavation. 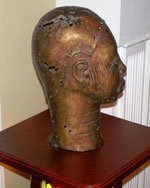 Excavation at Ife of life-sized bronze and terracotta heads and full-length figures of royalty and their attendants have startled the world, surpassing in their portrait-like naturalism everything previously known from Africa. The cultural and artistic roots of the Ife masters of the Classical Period (ca. 1050—1500) lie in the more ancient cultural center of Nok to the northeast, though the precise nature of this link remains obscure.